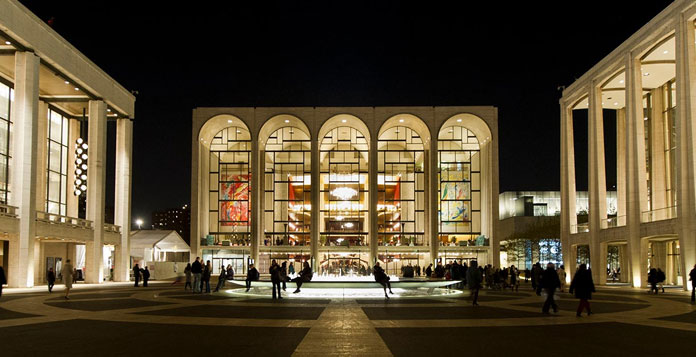 The Metropolitan Opera, popularly called ‘the Met’ is North America’s largest classical music organization. Under the Met’s general manager, Peter Gelb, the company has significantly enhanced its theatrical standards. The Metropolitan Opera features the most creative talents from different parts of the world.

It has been presenting nearly 27 different operas every year. The performing company of the Met also employs several freelance musicians, dancers, actors and other performers. Throughout its history, the Metropolitan Opera has witnessed events that were of great significance. Here, we’ve listed some of them:

1. The opening of Metropolitan Opera House

The Academy of Music was an established opera house in New York during the 19th century. However, the space was too limited in private boxes for seating the new millionaires of the city. This changed with the opening of the new Metropolitan Opera House in the late 19th century.

It had three tiers of private boxes for the city’s wealthy individuals. This gave powerful industrialists like William H. Vanderbilt the chance to show off their affluence.

2. Golden Age of the Met

Singer Enrico Caruso sang for 17 years at the Metropolitan Opera House. This is considered the Golden Age of the Met. He was born in the Italian city of Naples and started performing at the opera house in 1903. When the soprano Geraldine Farrar stood on stage with him for the first time, she forgot her cue. Upon hearing his wonderful way of singing, she reportedly broke into tears.

3. Gustav Mahler at the Met

In the year 1908, Gustav Mahler began his service at the Metropolitan Opera. This Austrian composer and conductor held the baton under the direction of La Scala’s former head, Giulio Gatti-Casazza. When the latter brought in the Italian conductor Arturo Toscanini, there was some competition. Mahler eventually left the baton to Toscanini in 1910 after several quarrels.

Arturo Toscanini often yelled at his orchestra and trampled the batons. Geraldine Farrar, the soprano star in those days, clashed with the conductor while they were working on Madame Butterfly. During the argument, Geraldine told him that she was the production’s actual star. In response, Toscanini said that stars existed only in heaven! Despite this heated exchange, the two became lovers later on.

Rudolf Bing became the general manager of the Metropolitan Opera in 1950. He created history when he became the first to bring in an African-American performer, Marian Anderson. Earlier, a white performer had to blacken his face to play leading opera role for a Black protagonist. This changed forever in 1955 when Marian Anderson became the first Black singer in a leading role.

In the mid-20th century, the Metropolitan Opera presented its most expensive production, Macbeth. Maria Callas was offered the title role in this production by Rudolf Bing. Besides this, he also wanted Callas to intersperse her performance with other roles.

Despite their contractual agreement, Callas refused to oblige. As a result, Bing fired her. This scandal caught the attention of media across the world and it made headlines.

7. Relocation of the Metropolitan Opera

In 1966, the Metropolitan Opera moved to the Lincoln Center. The new hall was truly magnificent with a seating capacity of 3,900. The curtains had cords made of pure silk and weighed several hundred kilos. A couple of years later, the house had new stars entertaining the audience.

Among them were Luciano Pavarotti and Placido Domingo. They went on to achieve worldwide fame after the took to the stage in 1968.