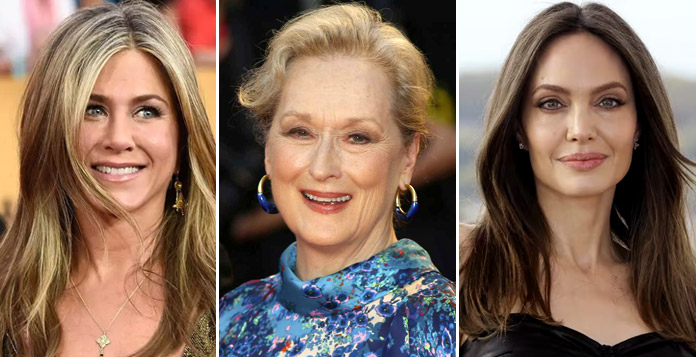 The Met Gala has been a regular annual event since the 1970s. Now, you might think that all the big names in Hollywood might have attended the event at some point. Well, there are some big stars of Hollywood who’ve never attended the Met Gala. One does wonder what made them skip the world’s biggest and most photographed red carpet event.

This event is attended by hundreds of famed personalities from the worlds of film, art, music, and fashion. You may assume that those who never attended this event were not invited. This is far from being true. Of course, they were invited to the event, but they didn’t go for some reason. Let’s see who are the top three celebrities who never attended the Met Gala.

This gorgeous American actress and producer has received numerous accolades. They include a Golden Globe Award, a Primetime Emmy Award, and two Screen Actors Guild Awards. She has been the highest-paid actresses in the world ever since her career progressed in the 1990s. Jennifer Aniston is the daughter of actor John Aniston and actress Nancy Dow.

Her film career began with an uncredited role in Mac and Me, which came out in 1988. Her first major role was in the 1993 horror movie, Leprechaun. Later, she achieved worldwide fame as Rachel Green in the immensely popular television sitcom, Friends. She has regularly attended the award ceremonies and occasional fashion dinners.

One of the events she never attended is the Met Gala. In fact, none among the cast of Friends has attended this event. When it comes to fashion, Aniston has never really made headlines. Nevertheless, her fans must be waiting for the day when she appears at the Met.

She is considered the best actress of her generation and is among the most beloved Hollywood stars. Meryl Streep is a versatile actress with an amazing accent adaptability. One regularly sees her on the awards season circuit. Besides these events, she only makes an appearance for promoting her movie or television series. Streep prefers to stay away from limelight most of the time.

Angelina Jolie had made her screen debut alongside her father as a child. A decade later, she was seen in the film Cyborg 2. Her first leading role was in the 1995 release, Hackers. She gave a brilliant performance in Girl, Interrupted. For her role in the film she won the Academy Award for Best Supporting Actress.

Then came her role as Lara Croft in the 2001 film Lara Croft: Tomb Raider. It established her as a leading actress in Hollywood. When it comes to making a statement on the red carpet, she’s no stranger. The only red carpet she’s never been to is the Met Gala.

Her fans would definitely love to watch her at this event in the future. They’ll surely be delighted to see her in some custom-made outfit from Atelier Versace or Elie Saab.